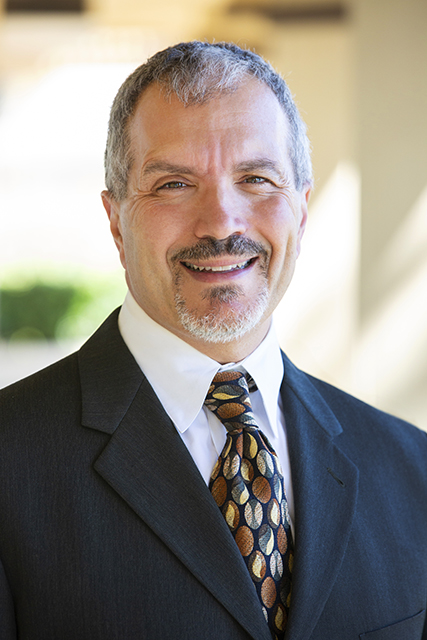 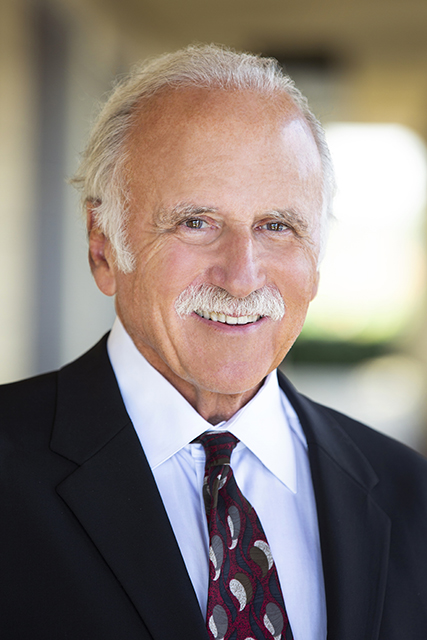 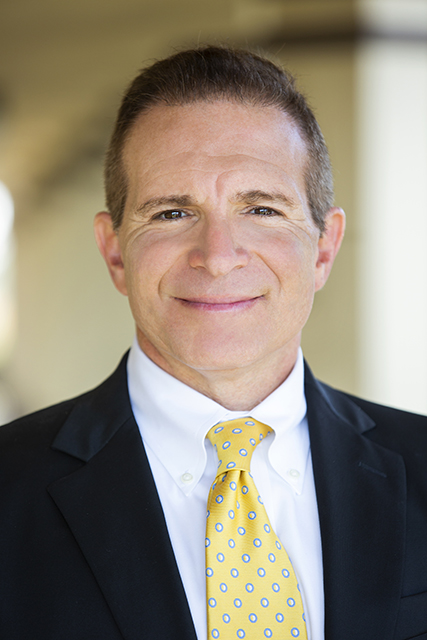 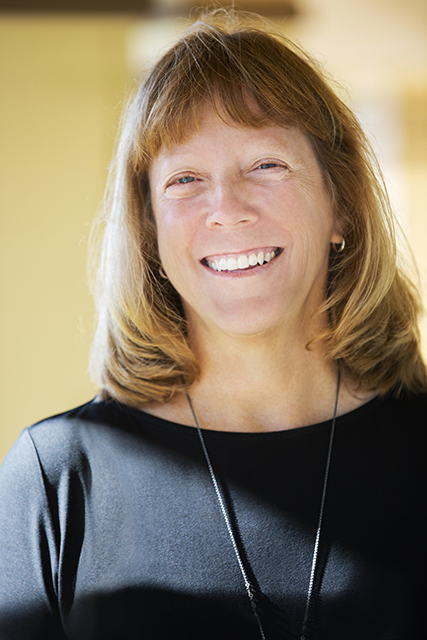 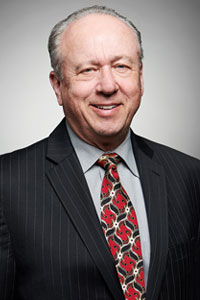 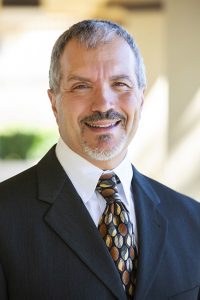 This combined experience in engineering and medicine has allowed Dr. Fahd to provide the best surgical quality and care for his patients: less than 1 percent of his LASIK patients have needed further surgery (“touch-ups”) following the original LASIK procedure. The industry average for touch-ups is 10 percent.

Dr. Fahd graduated from medical school in the top 5 percent of his class and was elected to the Alpha Omega Alpha National Medical Honor Society. He completed his ophthalmology residency at the University of California, Irvine, followed by a refractive surgery fellowship specializing in laser vision correction.

Dr. Fahd has successfully performed over 65,000 LASIK procedures using the latest FDA-approved technologies. These include:

Dr. Fahd has received several awards in recognition of his outstanding achievements in refractive surgery:

For those individuals who are not LASIK candidates, Dr. Fahd uses implantable contact lenses (ICLs) to help them see without glasses. He was among the first few surgeons selected in California to use ICLs (STAAR Visian™ and AMO Verisyse™ lenses).

To offer the utmost in patient care, Dr. Fahd has continued to study refractory technology. He has conducted several research projects, publications, and abstracts pertaining to excimer lasers and photoablation of human corneal tissues.

On an academic level, Dr. Fahd has positioned himself as an educator in the field of refractive surgery. He holds a clinical faculty position at Long Beach Veterans Administration Hospital, where he assists new residents in the operating room as well as in the clinic. He is also on staff at Hoag Memorial Hospital, where he performs various intraocular procedures.

Dr. Fahd is a trusted and respected surgeon known for his excellent care, expertise, and superior results. Many of his patients are referrals from as far away as Europe and the Far East. He has also earned the trust of many physicians and professionals in the industry, who come to him for their own LASIK surgery procedures. In addition, a significant part of Dr. Fahd’s practice includes taking care of complications and “touch-ups” from other LASIK surgeons. Dr. Fahd has also performed LASIK on many notable celebrities as well as a number of professional athletes.

Dr. Fahd spends his free time with his wife and two sons. They enjoy travel, kayaking, cooking and woodworking. 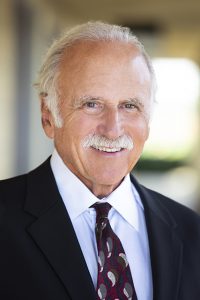 Dr. Michael Kaplan was born in Los Angeles and raised in Burbank in the San Fernando Valley. He graduated from John Burroughs High School in Burbank as class valedictorian, where he also served as school auditor.

He went on to attend Pomona College on scholarship, and played as catcher for their varsity baseball team. At Pomona College, Dr. Kaplan was elected to Phi Beta Kappa, an international honors society. He then attended medical school at the University of California, Los Angeles on a full scholarship, and graduated in 1967. After spending two summers working at Olive View Hospital in the San Fernando Valley, he decided to pursue ophthalmology as a career path. The attending ophthalmologist at the hospital was quite inspiring, and Dr. Kaplan has never regretted his choice of specialty. At that time, a residency in ophthalmology was the hardest to obtain in all of the medical/surgical fields. He interned at Cedars Sinai Hospital in Los Angeles, and received residency training at the Washington National Eye Center in Washington, D.C. He chose to attend WNEC over the opportunity to stay at UCLA (Jules Stein Eye Institute) or train at Baylor University, George Washington University, or Georgetown University because of the extensive surgical experience they offered.

After completing his residency, he became a Lieutenant Commander in the U.S. Naval Reserve and served two years at the Beaufort Naval Hospital in South Carolina. There, he provided support for the Marine Corps Training Center at nearby Parris Island. During his second year at the hospital, he became chief of the Eye, Ear, Nose, and Throat Department.

Dr. Kaplan eagerly moved “back home” to California in 1973 and joined Doctors Blau at our Huntington Beach practice.

Dr. Kaplan became Chief of Ophthalmology at the Long Beach Veteran’s Hospital in 1974. At the time, it was one of four teaching hospitals in the UCLA/Jules Stein program. For the past 25 years it has been part of the UCI program. For the past 33 years, he has assisted residents in their training, often helping them complete their very first cataract surgery. He continues to volunteer at the Long Beach Veterans Hospital each week and holds the position of Assistant Clinical Professor at UCI. In addition, Dr Kaplan is board certified, belongs to the Orange County Medical Association, California Medical Association, American Academy of Ophthalmology, and the Orange County Eye Society.

Dr. Kaplan became interested in volunteer surgery in third world countries and made his first trip to Honduras in 1976. Since then, he has volunteered for nearly 20 trips, including to Mexico, Costa Rica, Vietnam, Philippines, Borneo, Mongolia, Nepal, Tibet, and most recently Zambia.

Dr. Kaplan enjoys skiing, mountain climbing (Mt. Whitney, Long’s Peak, The Himalayas) and jogging. He was recently married and enjoys traveling and life at the beach with his new wife. 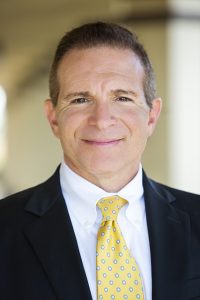 Dr. Novick graduated Phi Beta Kappa at Hamilton College in Clinton New York. He then completed his medical training at Tulane University
in New Orleans Louisiana where he graduated with honors. After, finishing medical school Dr. Novick remained at Tulane to complete his
residency in Ophthalmology. While at Tulane, Dr. Novick served as chief resident and published multiple articles. Dr. Novick then continued

his Ophthalmic training by completing a Cornea fellowship at the University of California in Irvine.

Dr. Novick has been in private practice in Fountain Valley and Newport Beach for approximately 20 years. He has developed a stellar

reputation as a surgeon and clinician. He performs Cataract surgery, LASIK, Corneal Transplants, Glaucoma procedures as well as a variety

of other Anterior segment surgeries. He is accomplished at performing facial plastic procedures such as Blepharoplasty, Botox and fillers.

Dr. Novick has been on staff at Hoag Hospital for over 20 years where he serves on multiple boards. He is one of the founding partners of

Dr. Novick has coached little league baseball for over 8 seasons and still is on the board of directors for the Laguna Beach Little League. He 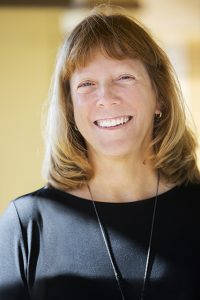 Dr. Pajaud is a native Californian, born in Torrance, and raised in Los Alamitos. She palyed tennis on the Varsity team at Los Alamitos High School and graduated with honors.

Dr. Pajaud has practiced optometry in Southern California since 1987. She joined Clarity Eye Group in January of 2014. She enjoys working with patients of all ages and providing personal quality eye care.

Dr. Pajaud still lives in the community of Los Alamitos, and with her husband of 30 years, has raised their own family there. She loves family traveling and adventures, reading and home improvement projects.

Dr. Freeman has lived in Southern California all his life. He completed his undergraduate studies in Public Health at UCLA, receiving a B.S. degree in 1971. The highlight if his time at UCLA was being a starting guard on the undefeated freshman basketball team. He continued in Medical School at UCLA, obtaining his MD degree in 1975. After a general surgery internship at Harbor-UCLA in Torrance, he moved to Long Beach in 1976 to begin his Ophthalmology residency at UC Irvine. In 1979 he received his Eye Specialty Certification and went on to do a fellowship in cataract surgery and lens implants in Arizona with one of the World’s leading eye surgeons. He became a certified Fellow of the American Board of Ophthalmology in 1980.

Dr. Freeman then began private practice providing general ophthalmology. He has been a teacher and a mentor for residents in training as well as other ophthalmologists. He has been on both the clinical teaching faculties at UC Irvine and the Long Beach VA Medicine Center.

Dr. Freeman has been extremely active in working to maintain the highest quality medical eye care in the community. He has been chairman of numerous committees and departments at Los Alamitos Medical Center including Chairman of the Departments of Ophthalmology and Surgery and served as Chief of Staff in 2000-2001. He has been a member of the Governing Board of Los Alamitos Hospital for many years and became Governing Board Chairman in 2006, serving a two year term. Presently he serves as the long standing Chairman of the Safety Committee at Los Alamitos Medical Center.
​
He lives in Long Beach with his wife Karen Braverman-Freeman, a costume designer and artist, and has three children of whom he is so proud – Aaron, Jana and Samantha.

Dr. Freeman’s hobbies include music – he plays classical and rag time piano on his restored 1926 Steinway player piano. He is also an avid golfer and has played most of the top 100 golf courses in the US and the World.